Interview: The Kyiv City Ballet is on Tour Until Further Notice

The Kyiv City Ballet began a long-planned European tour on February 23rd, 2022, taking what became one of the last flights out of Ukraine as Russian troops invaded the country the next day. The Kyiv City Ballet now remains on tour indefinitely and is performing in Tennessee (all revenue from the U.S. leg of the tour is going directly to the ballet company). Ivan Kozlov is the ballet’s founder and director and he spoke with WUOT’s Chrissy Keuper.

Short documentary about the KCB by Brut America 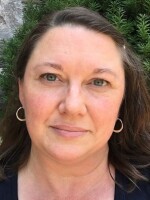